Parent Genting Berhad (GENT) starting to accummulate GENS shares. GENT recently purchased 9.6m shares of GENS, raising its stake to 51.94% from 51.87%, implying that the current levels represent near short term bottom levels. Recently, UOB KayHian has also issued a BUY call with a target price of S$2.21, which is based on a 2012F EV/EBITDA target of 13x.

On the technical front, Genting SP has successfully broken the downward channel since early May 2011. The new support will be at $1.85 and the next resistance will be at $2.06. We should see further breakouts once Genting SP announces its Q2 results if they are as stellar as MBS. Other technical indicators also support further near term reversal.  MACD & RSI has turned up. 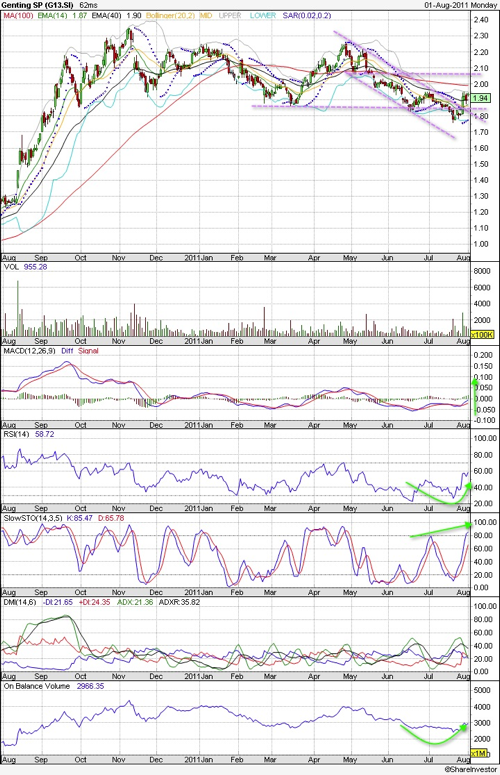 On volume distribution front, there has been much retail activites for the last 10 days with slight bias towards net buyers. One can see much profit taking activites and once all these have settled, price should gradually resume its uptrend. 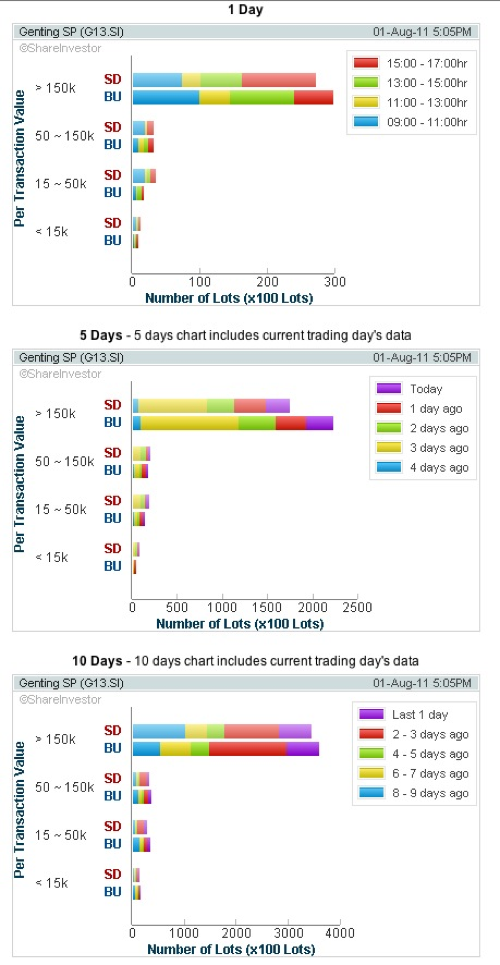 Meanwhile, it will be prudent to keep watch of the latest US developments and have stoploss at prices below $1.85.