Finally, the customed to order (CTO) set for the new Apple Macbook Air mid 2011 arrived in the most simplistic parcel. The new Apple Macbook Air mid 2011 is one of the latest Macbook edition in year 2011. The refresh is considered faster than the regular cycle of 1 year. Nevertheless, the refresh is well anticipated especially with the new inbuilt generation processors. 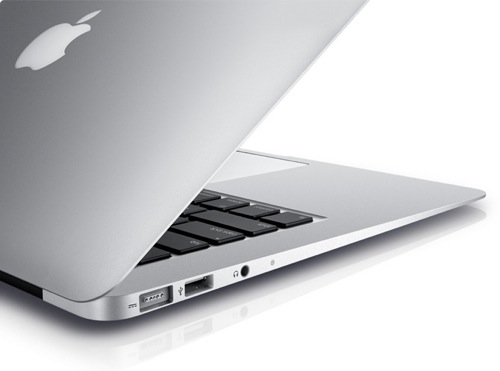 The packaging is the same as the older Mackbook Air models. Except this time round, there is no recovery USB thumbdrive since the there is a recovery partition which will reinstall Lion from the cloud.

– Unibody shell, 0.3cm at its thinnest

Largely the external case and its look and feel is not changed.

– Intel Thunderbolt technology made in a DisplayPort connection

The first Geekbench scores benchmarks for the MacBook Air 2011 refresh showed that the Intel Core i5 processor in both the 13″ and 11″ variation are extremely unbelievable. 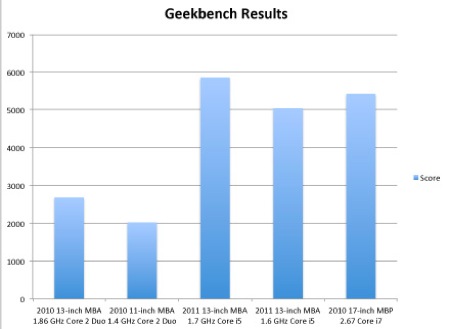 MacWorld showcased their preliminary results of the 2011 MacBook Air 13? Core i5 (times in seconds):