One of Japan’s largest wireless carriers, SoftBank Corp is spending $20.1 billion to gain a foothold in one of the world’s biggest and most lucrative mobile markets.

Softbank Corp.’s $20 billion takeover of Sprint Nextel Corp. is a calculated bet that the Japanese company can once again fix up a troubled mobile carrier and use it to rattle the industry’s leaders.

Let me try to unveil some valuation around this structured M&A.

Assuming the last market price of $5.69 at Tuesday closing:

Fundamentally, that should provide an indicative price range during this period based on simple calculation assuming all else equal (e.g. EPS, operating margin etc). However, in reality, Sprint would get $8 billion to pay down debt and build out its high-speed LTE network so it could better compete with its bigger rivals, Verizon Wireless and AT&T Inc. 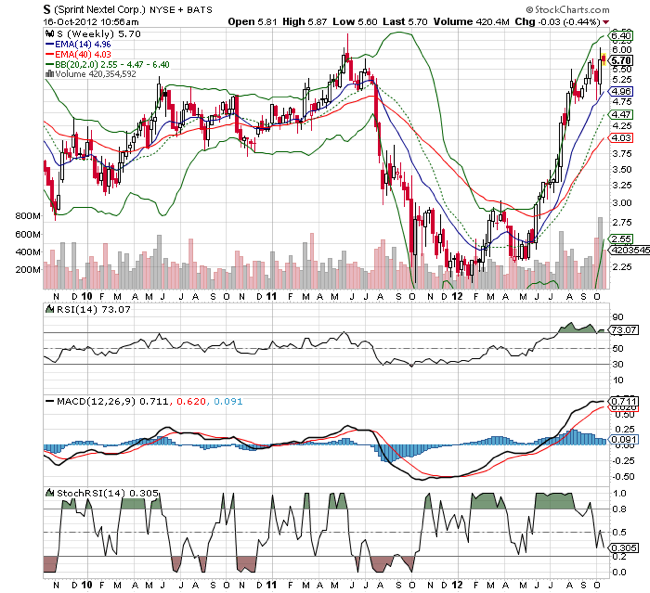 Overall, Softbank-Sprint ranks as the 128th-largest global M&A deal of all time, according to Thomson Reuters.
In terms of telecom transactions, Softbank-Sprint ranks #27, and is the largest such deal since Mexico’s Carso Global Telecom bought America Movil for over $27 billion in 2010. Below is a list of the all-time top telecom M&A deals, courtesy of Thomson Reuters: 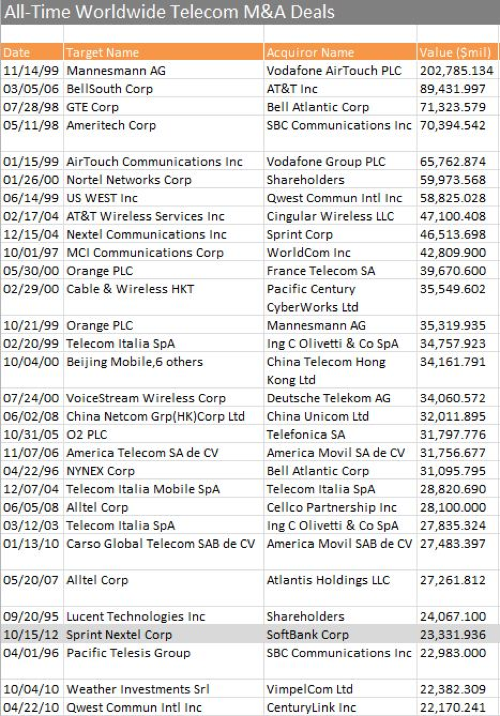