The estimated cost of impact from the suspension was S$2mil per week.

There is also market talk that a prolonged suspension of the airline’s operation in Australia may result in the airline scaling back its operations there or possibly shutting it down completely.

Phillip Securities said the impact of a week’s suspension might not be substantial as the airline’s Australian operations generated S$279mil of sales last year and the Australian operations had not been a source of profit to the group’s bottom line as it had been bleeding for the last four years. 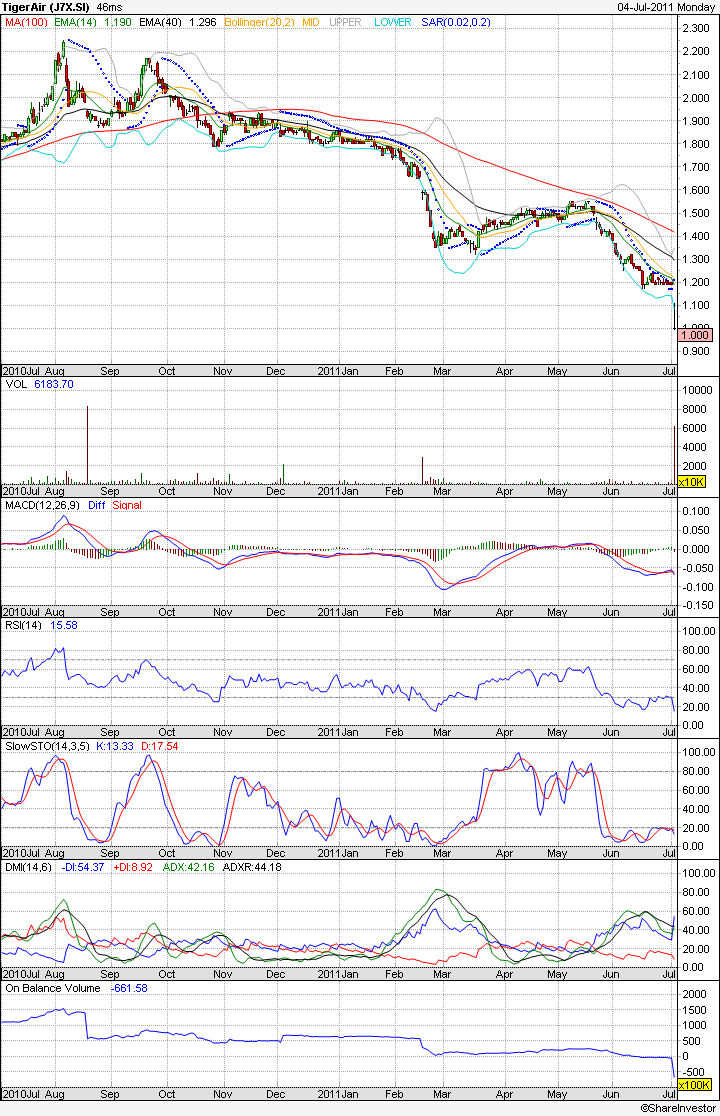 The stock price has been dismal from Oct 2010, breaking through all support and moving averages. The immediate resistance will be at $1.1 and next support will be at $0.90. 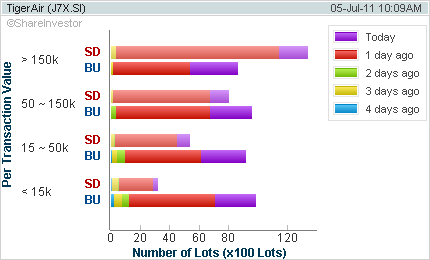 Funds are selling big time while retail investors are bargain hunting. It is definitely wise to stay sidelines until the suspension is over and greater clarity in direction from management at this moment.