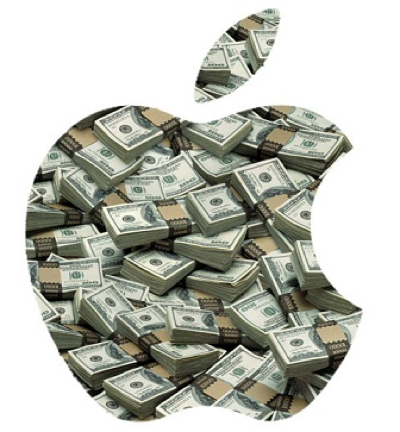 It is largely expected that iPad sales to easily beat last quarter’s, and iPhone unit sales to slow down. Apple is widely expected to introduce a new iPhone in Oct 2012, some would-be customers will be holding out for the new model.

The bigger bonus this year is when Apple earlier announced a refresh to their MacBook line up and introduced the new 15″ MacBook with Retina display at WWDC 2012. Given the ability of Apple’s supply chain to quickly move new products to customers, we could also hear about a spike in Mac sales.

AAPL stock price ran up 30-40% in prior last quarter announcement, while this time round, AAPL has been undergoing quite a period of consolidation.

Once the stock price cleared the resistance at $600 convincingly, it is poised to re-test the previous all time high at $640 before heading towards $700. Indicators are all pointing towards a short term bottom recovery. 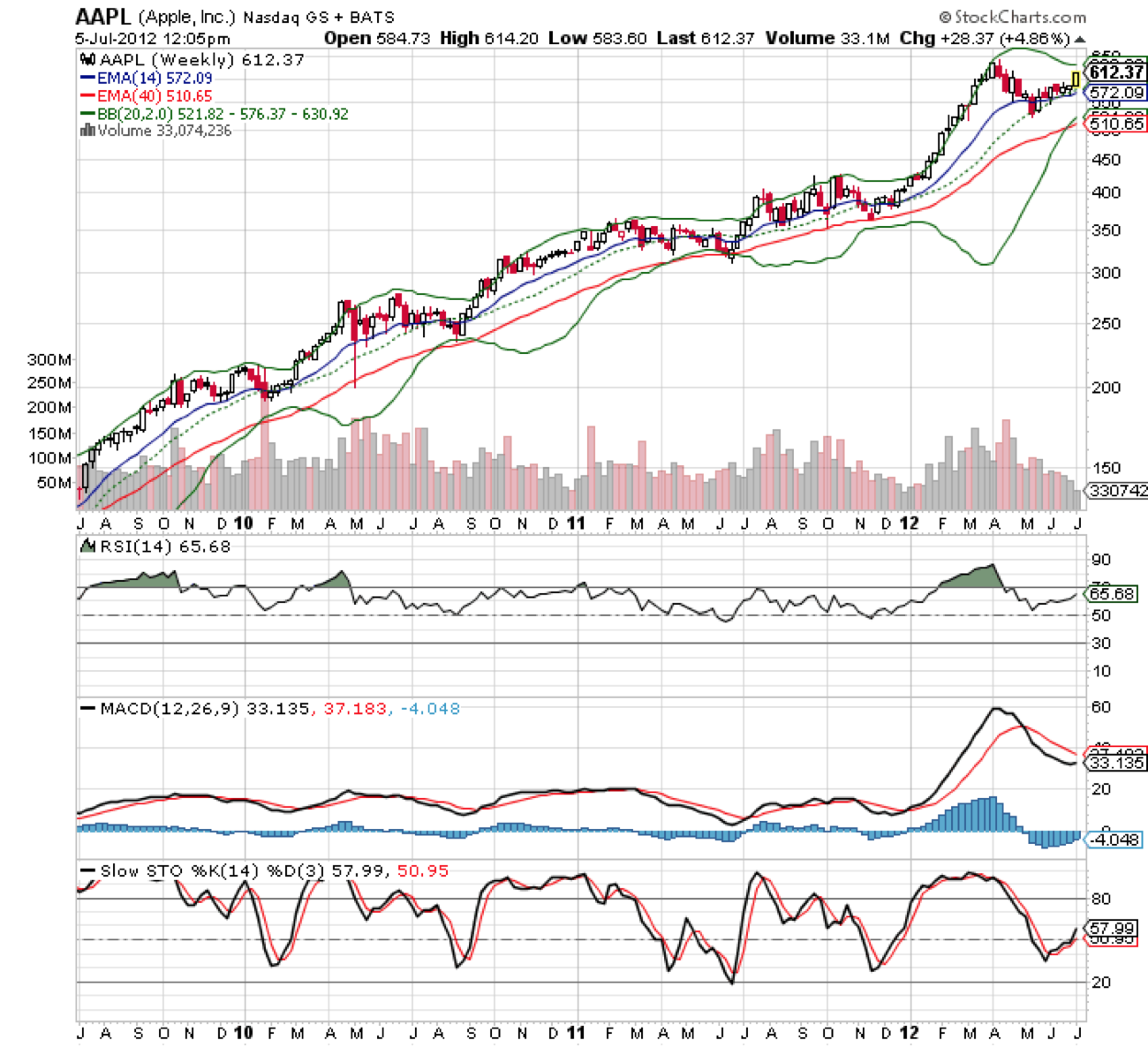