Last night (2nd Aug 2011), the Senate finally approved a proposal (74 to 26 votes) that increases the $14.3 trillion debt limit by up to $2.4 trillion in two stages, and by the Congressional Budget Officeís tally, reduces deficits by $2.1 trillion over a decade. Yet even with the cuts, the United States is projected to increase the national debt by $7 trillion or more over the same span. 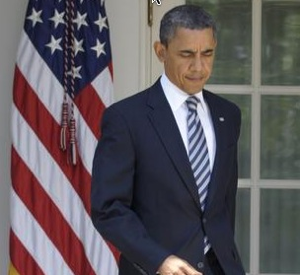 However, the US markets appeared to largely discount U.S. lawmakersí passage of a bill. The market feared that the U.S. credit rating downgrade still remains a high possibility.

This resulted a big sell-off on Wall Street overnight, as the release of weak consumer spending data added to growth worries raised earlier in the week by a poor ISM reading.

The STI is also down at one stage by 2%, falling in line with major regional bourses on renewed worries over global growth

Investors are worried about a further dip in the economic situation and rotating into risk-free investments such as bonds and gold.

Commodity and shipping-related stocks, as well as those of other firms dependent on overseas demand, suffered big losses on fears the global economic outlook was deteriorating.

STI is still within the upward channel unless 3100 is breached which thereafter the next crucial support will be 3040. Long term target of 3300 should stay if the regional uncertainty is cleared. However, all investors should stay vigilant on any drastic change in economic situation and debt crisis developments to cut positions when neccessary. MFI is strong but weaknesses are seen in RSI & MACD. 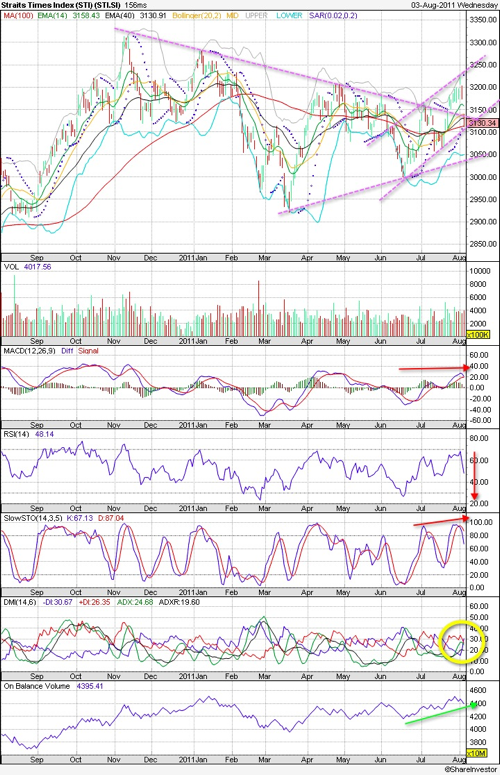 Stock prices of financial and commodities related stocks will volatile during this period of uncertainty. With funds temporarily exiting Asian markets to cover the heavy shorted USD, there should be some short term sales from from overseas fund managers. Nevertheless, it would be a fine opportunity to accumulate good valued stocks during this market weakness.