China MinZhong – From a short target to a takeover target, all in a week span | Fundamental Analysis | Singapore Stock Market

China MinZhong (K2N.SI) is one China based company listed in SGX which underwent such tremendous change of events in just one week. It all started on 26th Aug 2013 when Glaucus issued a report on suspicious operations within the company.

It is also noticeable that the coverage by analyst steadily declined over the years even though the reported revenue is increasing. 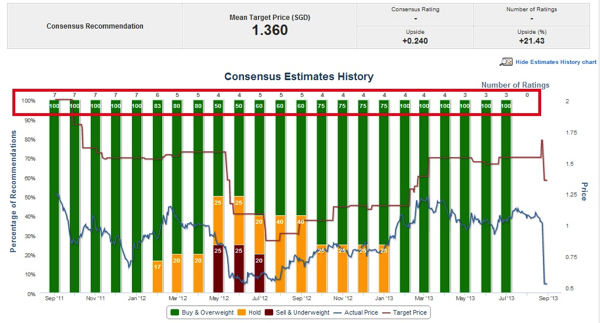 In fact, the stock price has been up 3 folds within the span of 6 months. Moments within the trading halt, its share price plummeted 50% and when the trading resumed (with takeover news), its share price surged 110%. Such great volatility poses much questions on how S-chip companies fair in terms of accounting practices, corporate governance and transparency in business operations. This definitely puts the local retail investors at much higher risks when such price sensitive information are not made readily available nor explained in a way easily understood by the trading community. 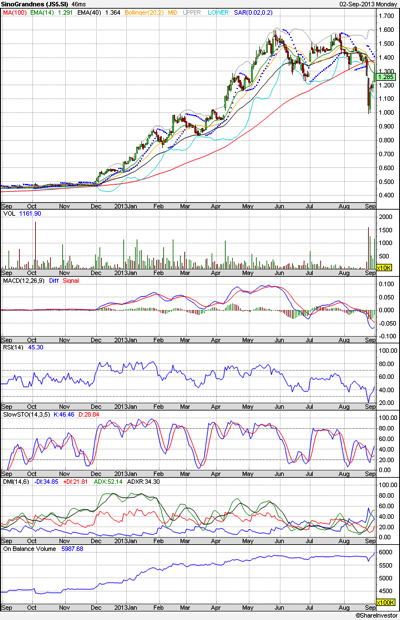 Glaucus Research (2nd Sept 2013):
“Hong Kong Yifenliî, which was supposedly Minzhongís largest customer during the track record period, was only incorporated on November 6, 2009.
Company is telling investors that it was doing business with an individual who was operating an unincorporated entity during (2006-2009)

The invoices provided only substantiate a small fraction of 1% of the reported sales to its
supposed best customer.

China Minzhong (2nd Sept 2013):
Has documents and photographs to prove that the expenditure was incurred.
Released scans of the relevant invoices and balance sheets to support these points.

In fiscal years 2011 and 2012, Minzhong claims to have spent RMB 1.2 billion on the construction of the Putian.
New Industrial Park (ìPutian Industrial Parkî). Yet SAIC filings show an increase of only RMB 203 million in PP&E during the same period.

Vast majority of its capital expenditures on the Putian Industrial Park were classified on the balance sheet of its subsidiary Fujian Minzhong Organic Food Co., Ltd. (ìFujian Minzhongî) as prepayments and deferred expenses

China Minzhong (2nd Sept 2013):
Its calculation of Earnings Before Interest, Taxes, Depreciation, and Amortisation (EBITDA) differed from that of Glaucus. It also stated that its cash flows had been positive from operating and investing activities for FY2013.

Persistent and unexplained growth in receivables is caused by the need to account for fake income on the balance sheet.

In summary, it is recommended for those who trade into S-Chips to exercise great prudence. You would not like to be stung with such price volatility.

1 comment for “China MinZhong – From a short target to a takeover target, all in a week span | Fundamental Analysis | Singapore Stock Market”