Finally, the new iMacs have arrived in town. It is such a craze here in Singapore where Apple launched 3 new products in one single week duration – iPhone 4 white, iPad 2 and now iMac. 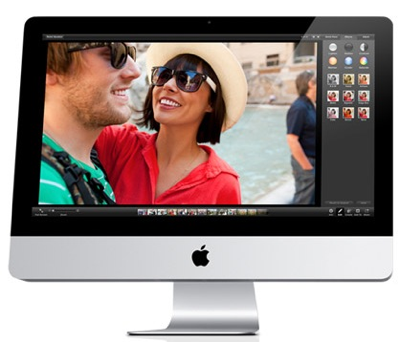 So, what is the key differences between the current new iMac vs the last release in July 2010?

C) Memory
The new iMacs will support the fastest memory speed of 1333MHz. Like the older series, it can support up to a max of 16Gb DDR3 1333MHz SDRAM.

With the greatly improved dedicated graphics card for the top end iMac which uses AMD Radeon HD 6970M supporting a max of 2GB GDDR5 memory, it does promises graphics performance of up to 3x faster. Aganist the older series which uses ATI Radeon HD 5670 graphics with up to 1GB memory, it is no brainer to expected much smoother rendering and HD displays.The new IMac comes with a FaceTime HD camera and it also simultaneously supports full native resolution on the built-in display and up to a 30-inch display (2560×1600 pixels) on an external display. This cannot be achieved in the older series.

E) Storage / HDD
Compared to the older series, the new iMac can be customised to include a regular 2TB SATA harddisk and a 256GB SSD (Solid State Drive). The Mac OSX and the standard Mac applications will be installed in the SSD while you can load all 3rd party applications in the regular 2TB HDD (7200rpm). One can expected that the booting time will be much faster than Macbook Air and will be as swift as matter of 10-15s.

The more pixels a display has, the more light those pixels need to achieve the best picture possible. And that’s exactly what the LED backlighting in iMac does: It pushes light through each pixel with remarkable brightness and efficiency. Because the LED backlight doesn’t take up much space, the iMac enclosure stays thin even with all the high-performance components inside. Personally, after my experience with the older iMac 27″, I have yet seen another PC Monitor which is able to replicate the great clarity, brightness & contrast which iMac is able to achieve.

The new iMacs are now available in Apple online stores from the entry model of S$1648 to the most customised top end model of $5011. Will you make your choice & switch?