Nokia Lumia 530, yet another decent dual sim smartphone for the masses | IT Gadgets Review

Once again, Microsoft has launched a revised version of the low-end Windows phone – Nokia Lumia 530.

Comparing the new Lumia 530 to the Lumia 520, there are a few small improvements. The processor has been bumped from dual-core to a 1.2GHz quad-core Snapdragon 200 chip, the 4-inch screen resolution gets a very slight increase to 854 x 480 while screen size and the 512MB of RAM stay the same. 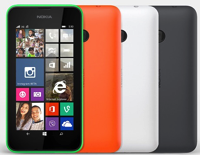 Packaging is pretty standard & it comes with a power adaptor and a 4GB microSD card to start with. 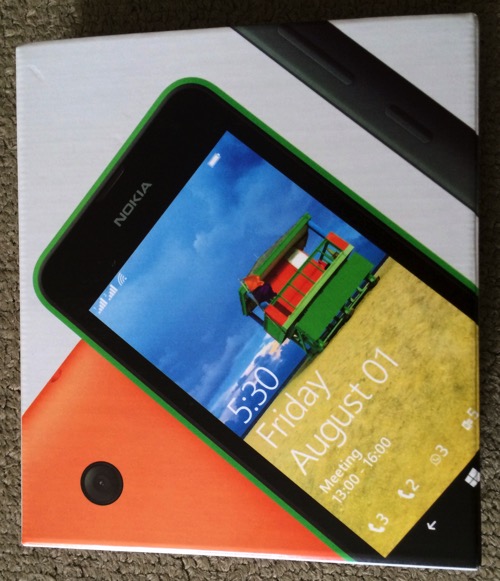 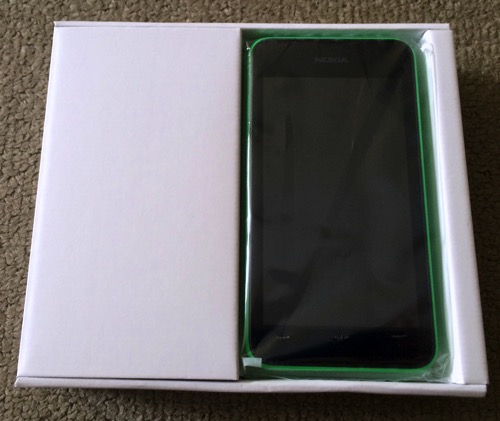 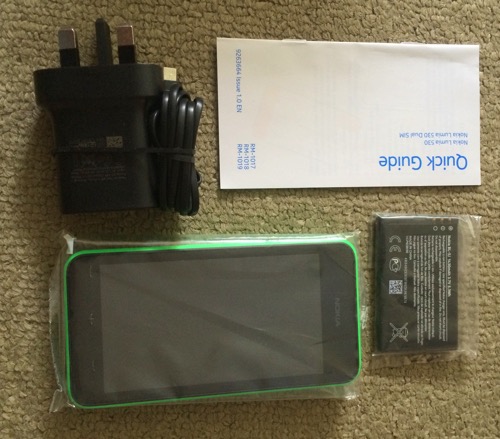 It is interesting to note that the battery is the very same one used in some of the older Nokia ‘candy’ phones. So much about maximising the existing parts inventory. 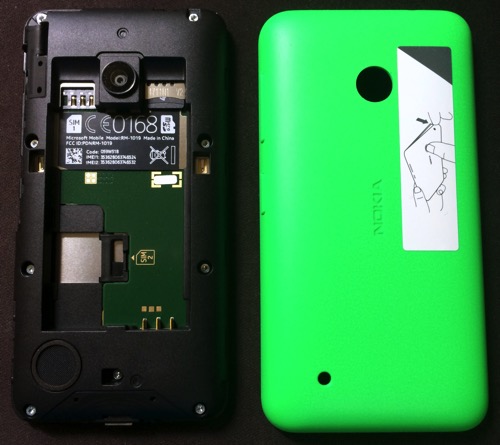 The default theme is preset to be similar to the actual coloured back case. 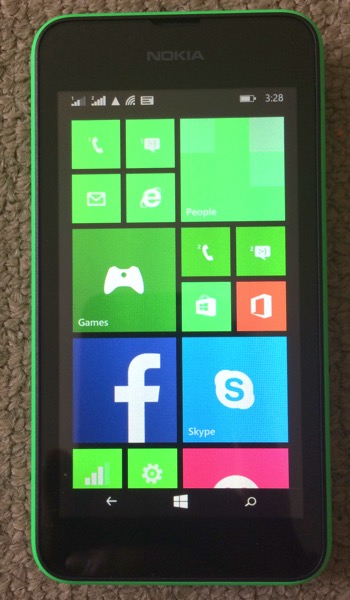 A quick comparison with yet another entry level Android smartphone – Xiaomi Redmi Note. 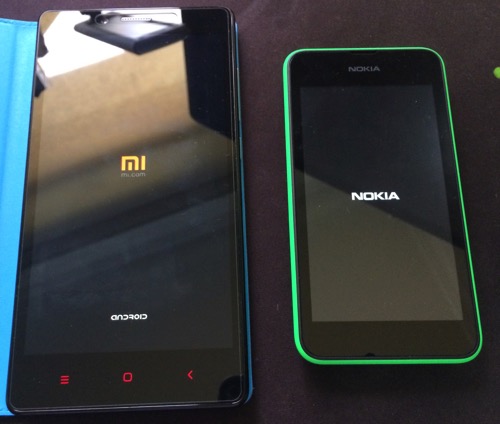 Nokia 530 is slightly thicker but in terms of screen size, it is very much smaller than Redmi Note. 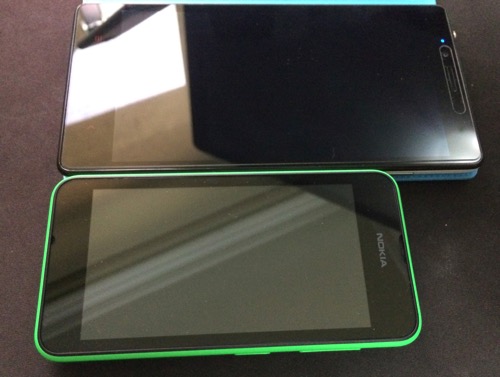 Resolution wise, the colour intensity & resolution is definitely weaker than the Redmi Note. This is despite a similar RRP : Nokia 530 (S$159) vs Redmi Note (S$199). 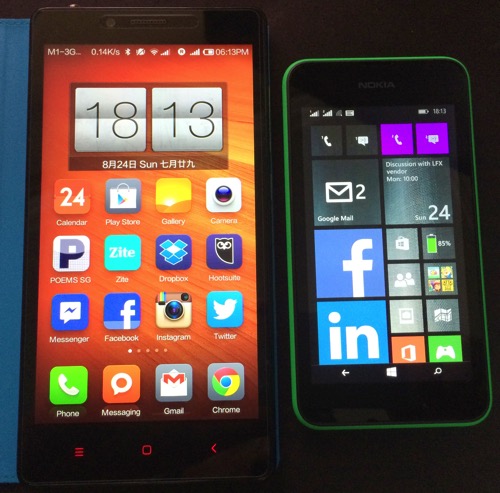 – Cheap, entry level for new users
– bundled with Windows Phone 8.1
– Responsive despite its weak specifications
– Built in Apps mover to migrate installed apps to microSD so as have more storage from the onset

– Not as cost effective vs others entry level smartphones e.g Xiaomi
– display resolution is noticeably lower

a) Cortana can set alarms, make calls and send texts, toggle settings on and off, give directions, play music and find local restaurants. It’s context-aware so, like Siri, you can follow one request with another

b) Action centre – a notification centre, much like Android’s, to access the notifications such as text messages, emails and notifications from apps. There’s quick access to commonly used settings at the top, including Wi-Fi, Bluetooth, aeroplane mode and internet sharing.

c) Quiet Hours – is exactly like iOS’s Do Not Disturb. You set the hours between which you don’t want any noise or notifications, and your Windows Phone 8.1 smartphone won’t bother you.

d) Start screen – a third column of tiles on the home screen is now available to all smartphones, regardless of screen size.

f) Data Sense – improved in WP8.1. You can easily see how much of your allowance you’ve used, as well as which apps have eaten the most mobile data. As you approach your limit, mobile data will be limited and – where possible – Wi-Fi will be used instead.

Quiet Hours is exactly like iOS’s Do Not Disturb. You set the hours between which you don’t want any noise or notifications, and your Windows Phone 8.1 smartphone won’t bother you.

← Link Aggregation for Synology NAS | Netgear GS108T v2 managed switch | IT Guides
iPhone 6 Plus – truly worth the bigger than bigger? | A day experience and takeaway | IT Gadgets Review →

2 comments for “Nokia Lumia 530, yet another decent dual sim smartphone for the masses | IT Gadgets Review”