Back in 2013, Mi Band made waves in the wearable industry for being the most affordable smart fitness tracker in town. Likewise in July 2014, Xiaomi announced the improved version – MiBand Pulse (小米手环光感版) which stirred good attention from Mi fans and competitors alike. 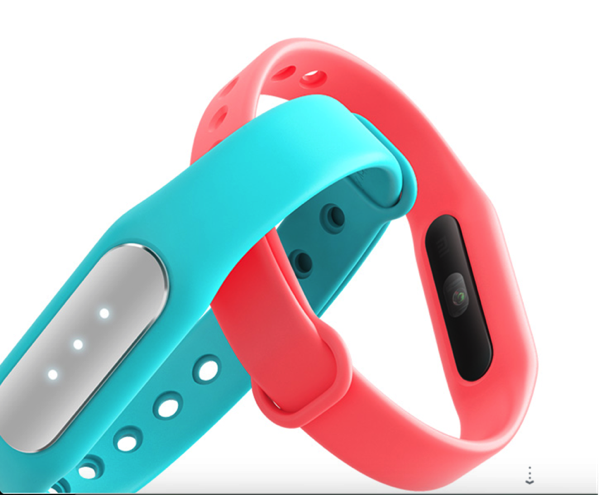 Not much has differed in terms of packaging and the accessories which include the USB based charging cable with the main body unit and the wrist band.

The MiBand Pulse is water/dust resistant and will work on handsets running Android 4.4 and above or newer iPhones running at least iOS 7.

The low-cost rubberised bracelet monitors your activity levels and analyses your sleep, but it can also track another important piece of biometric data: your heart rate. The Mi Band Pulse uses a light-based PPG (photoplethysmography) sensor to measure your body’s blood flow.

The new MiBand Pulse is crafted from sturdier material, making the buckle a lot less easier to break. The tracker’s 45mAh battery will last a little less than its predecessor but still clocking in at around 20 days of regular use.

The new Mi Band Pulse will be slightly thicker on the underside due to the embedded light sensor for the HR detection. Apart from this, there is hardly any noticeable difference between the two.

The good news is that the Mi Band Pulse unit can fit into the older silicon bands.

However, only consumers in Mainland China can choose from a range of colourful options, including red, orange, green, teal, and blue, as well as black.

Personally, I have tried to record a workout using the Mi Band Pulse and compared to those recorded by other fitness wearables (SG HPB tracker, Fitbit Zip, Apple Watch. I must say the measurements were very close among them for both the steps and HR.

In summary, the Xiaomi’s new Mi Band Pulse does provide an affordable alternative for those who wish to have a no frill fitness tracker with basic functionalities.

a. Cheap (only at S$XXX, rmb XX)
b. Basic functionality and does not support any LED display (e.g. for time, app messages)
c. Compatible with older Mi Band coloured bands

a. After sales support may not be readily available for countries out of China
b. Charging cable can be a chore for daily usage. It would be more ideal with some magnetic charging contacts