Microsoft Band – another stake into the wearables industry. Worthy contender despite late entry?

Microsoft has jumped into the wearables bandwagon recently with her new product line – Microsoft Band. As the name states, it mimics some of the wearables out there in the existing saturated fitness market – a band with digital display packed with numerous tracking sensors to be worn around one’s wrist. 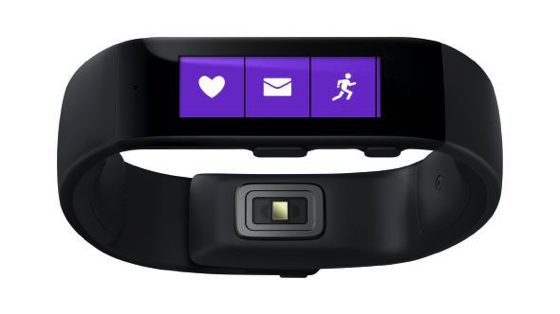 Officially, it does look as a sexy value proposition to be cool daily wearable. One is able to configure a desirable coloured background for the digital display. 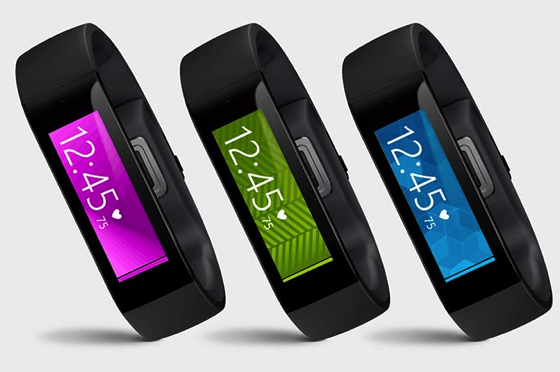 The packaging is neat & simple, no frills – comes with the band & USB charging cable which can be attached via magnetic contacts between the cable & the band. This is definitely a plus point vs most of the the competitors out there to cater for the day-to-day charging convenience. 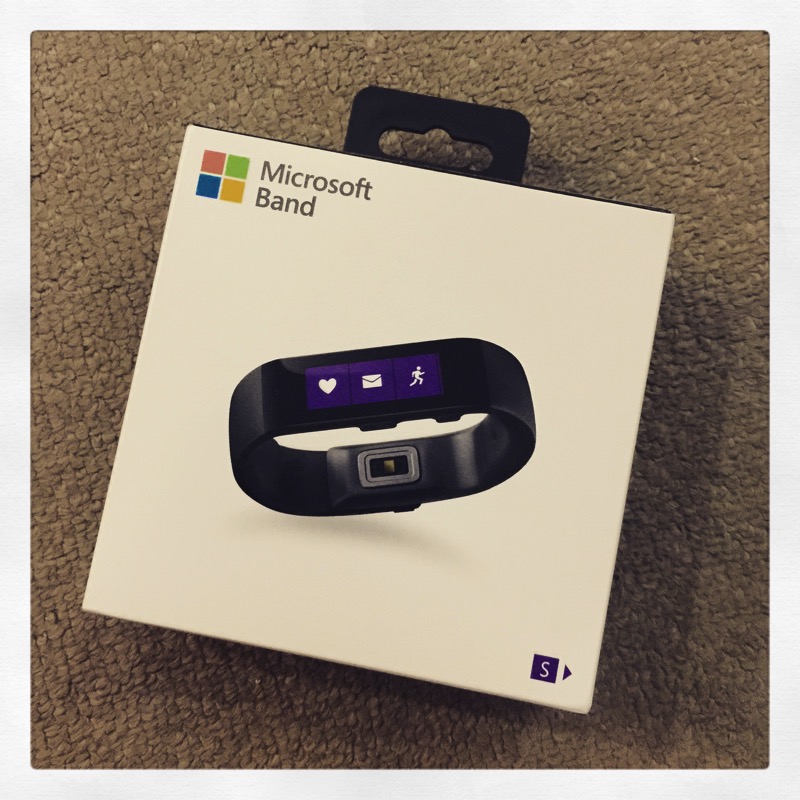 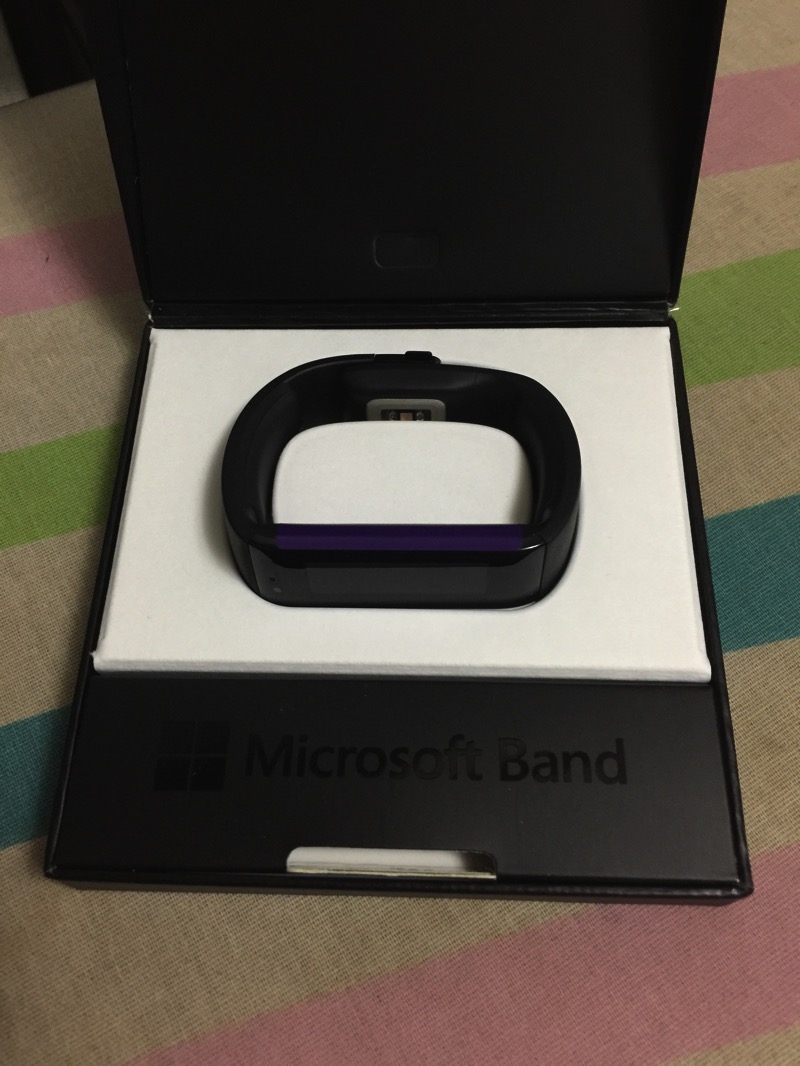 The selector buttons are located at the side of the band while the heart rate sensor is located at the clasp end of the band. This is more ideal since the measurements will be taken close to the more visible arteries near the wrist area. 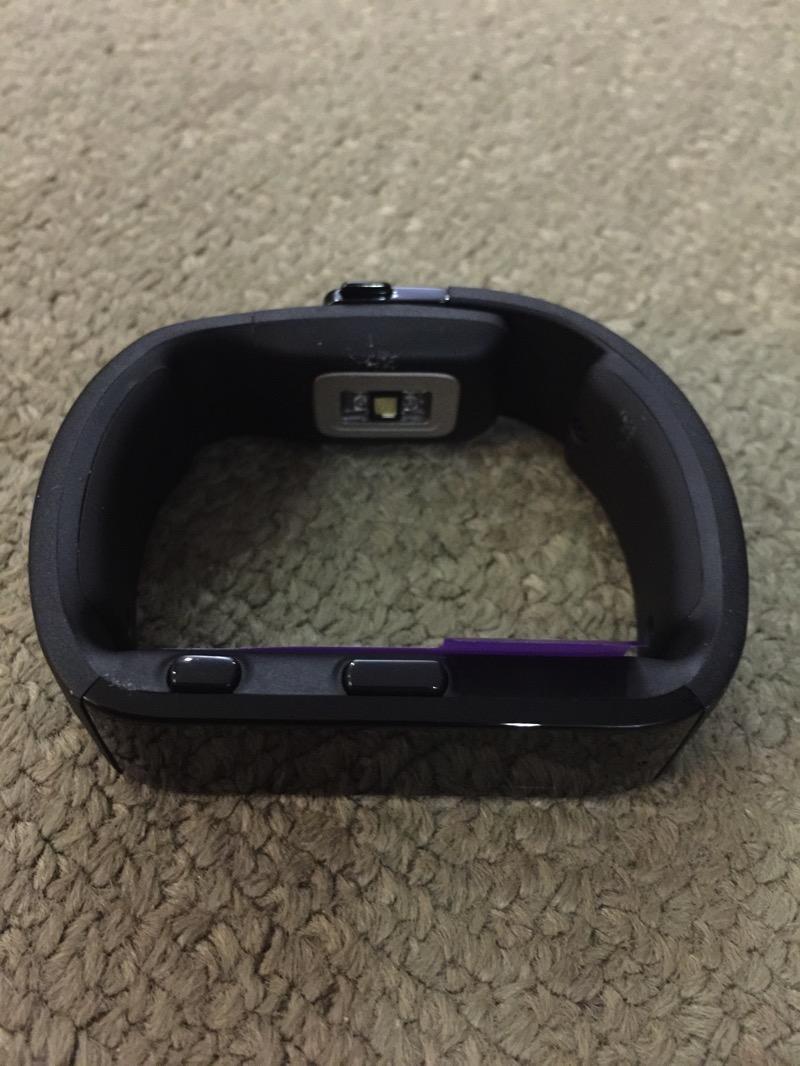 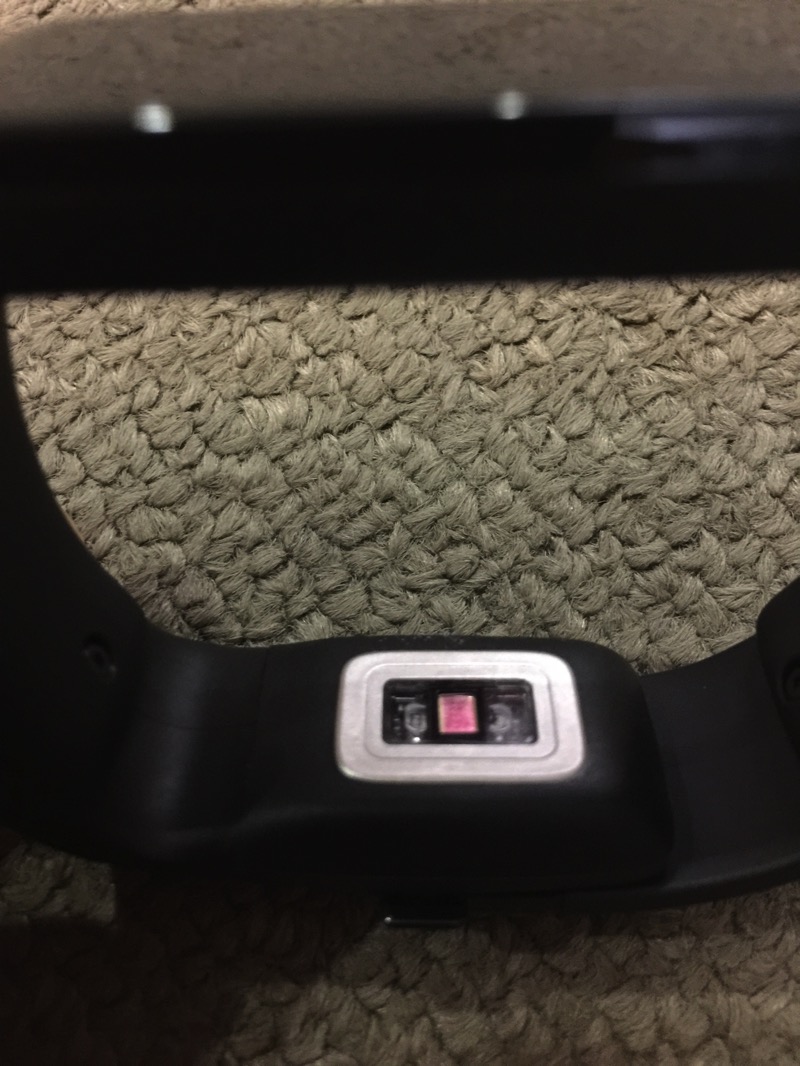 The UV sensor is located at the display front together with the light intensity sensor to manage the brightness of the digital display. 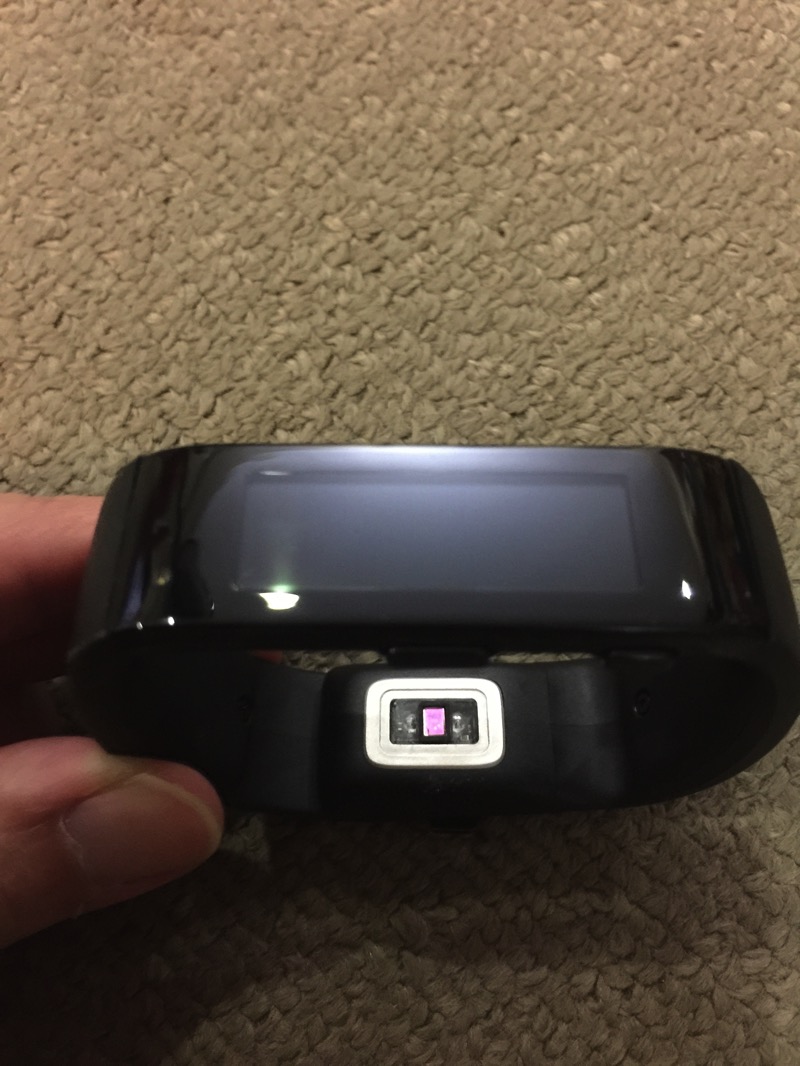 The length of the display arc is too long and rigid to my liking especially to Asian folks with much smaller hand wrists. 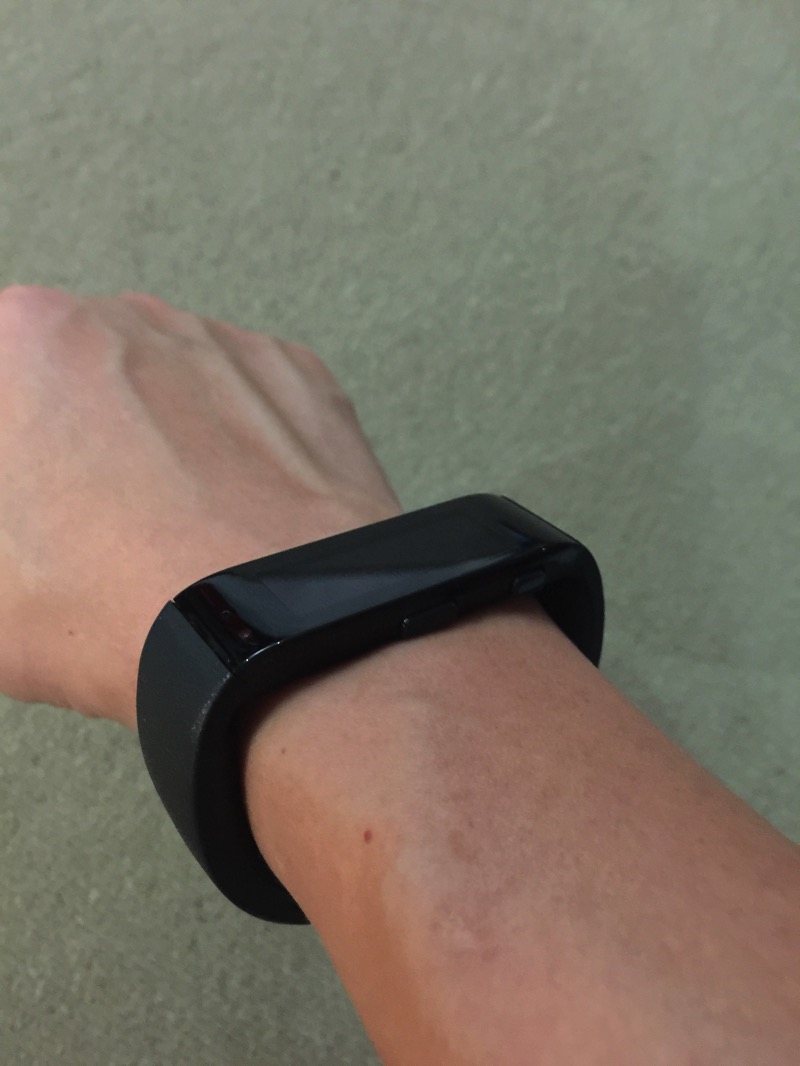 But I must say the clip on clasp mechanism to secure/release the band is very useful. Though the gloss portion is prone to surface scratches when one’s hand is hovering on the table for typical work. 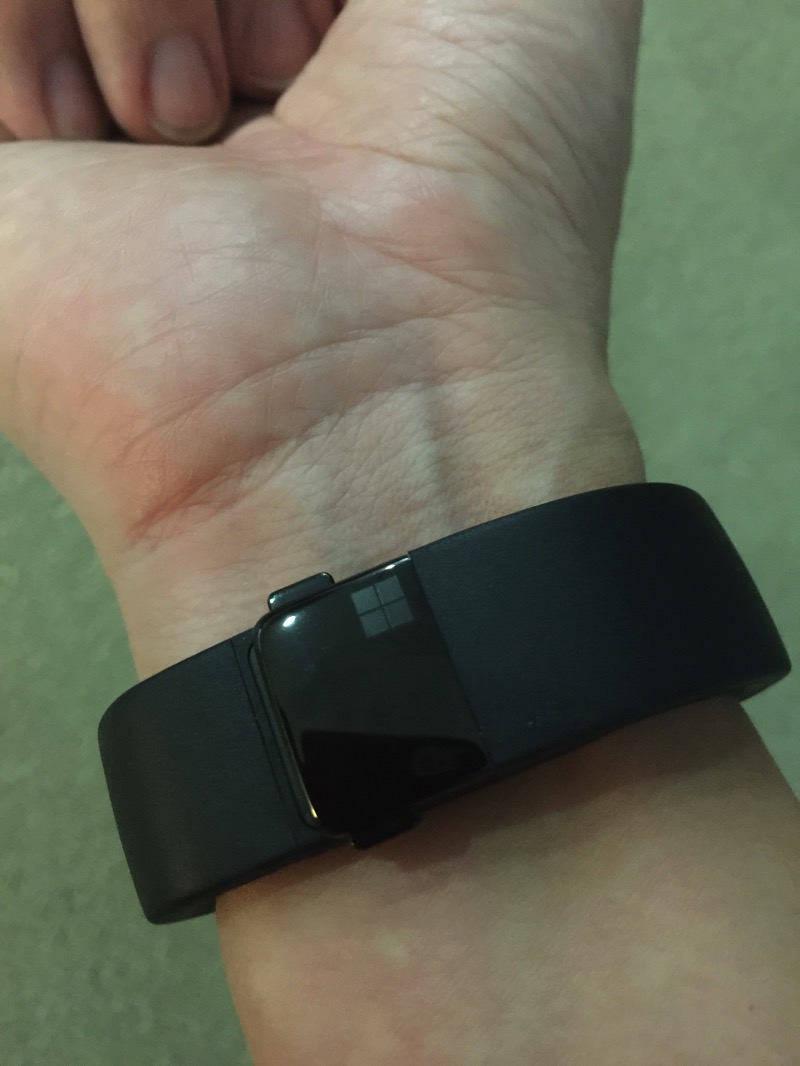 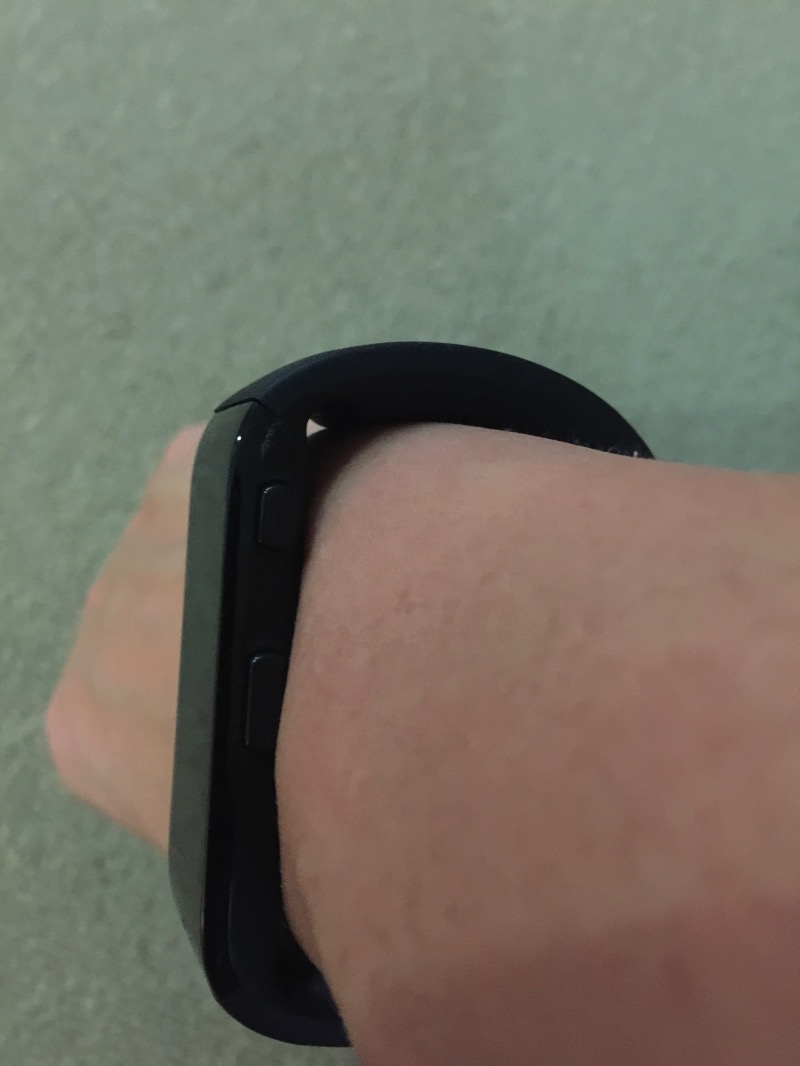 The display is bright & clear – both during enclosed area & out in the sunny day. 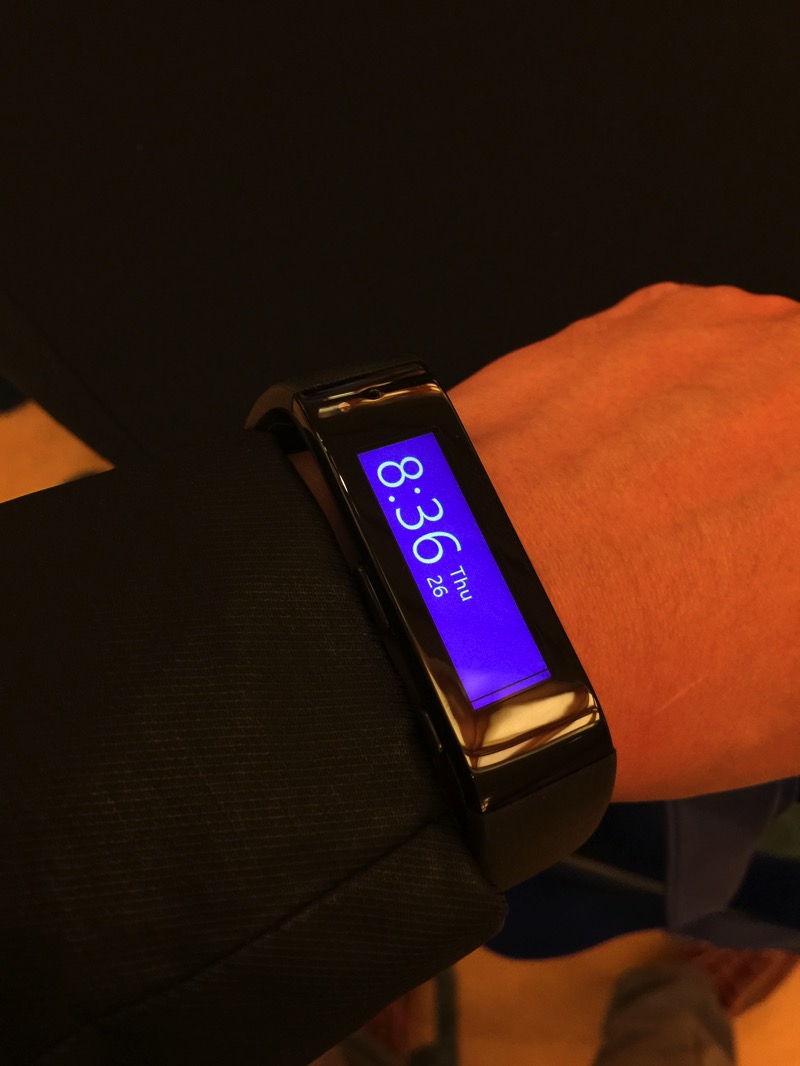 Apart from the digital clock display, one can navigate through the notifications by categories – e.g. messages, emails, calls, calendar events, Facebook notifications etc. Swiping through the icons on display is very helpful for wearables to get to the desired actions quickly & easily. 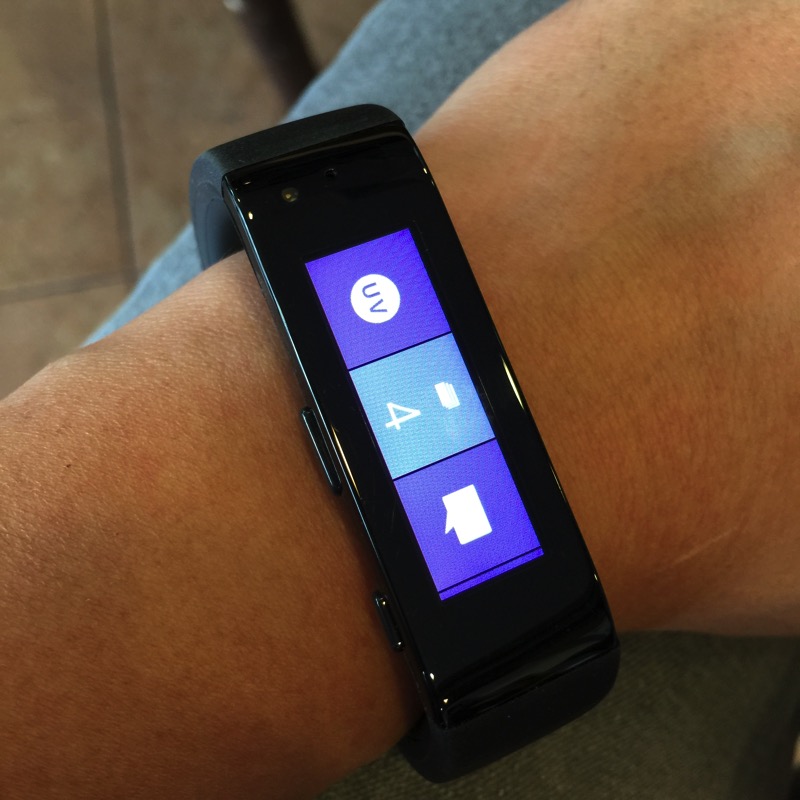 Personally, I would still prefer reading off horizontal alignment than the band’s vertical alignment though Microsoft intent is to accommodate more text on a long display width. 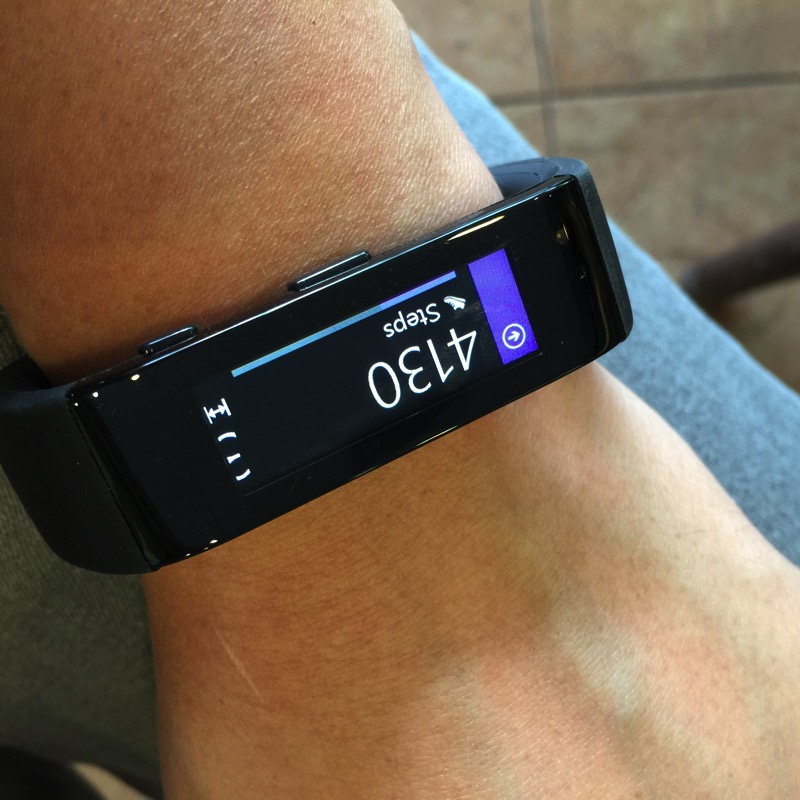 Enabling the always-on clock display is useful but detrimental to energy consumption. 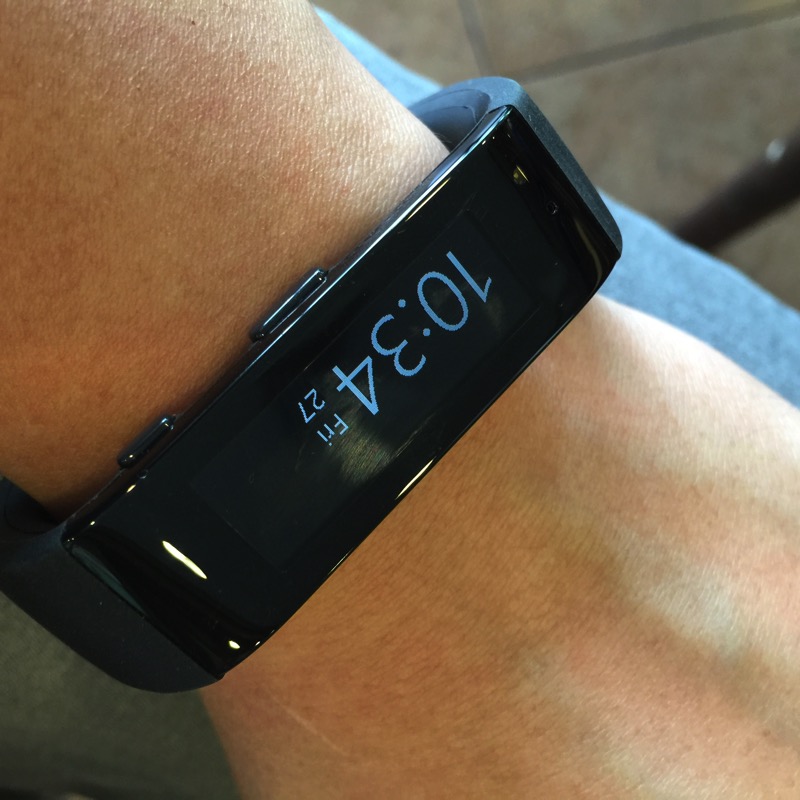 Like all other competitors, Microsoft has designed and bundled the band to work with her own app – Microsoft Health. 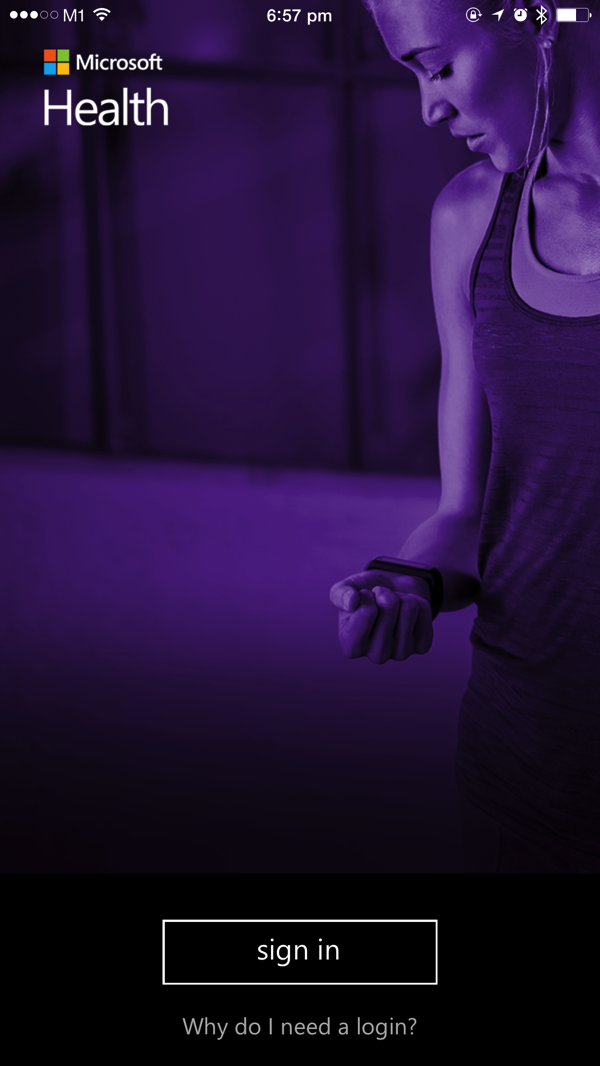 Setting it up & updating the firmware of the band Over-The-AIr were pretty straightforward. The only downside is that the Microsoft Health app is only made available in US AppStore but is readily available in all countries Google PlayStore. 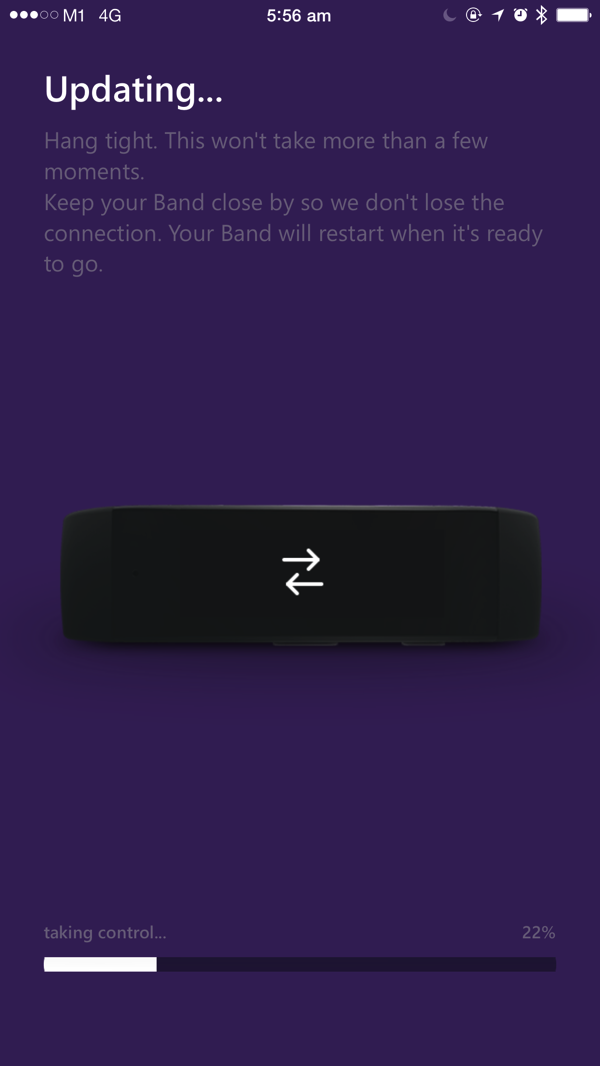 One can get the historical trend of: 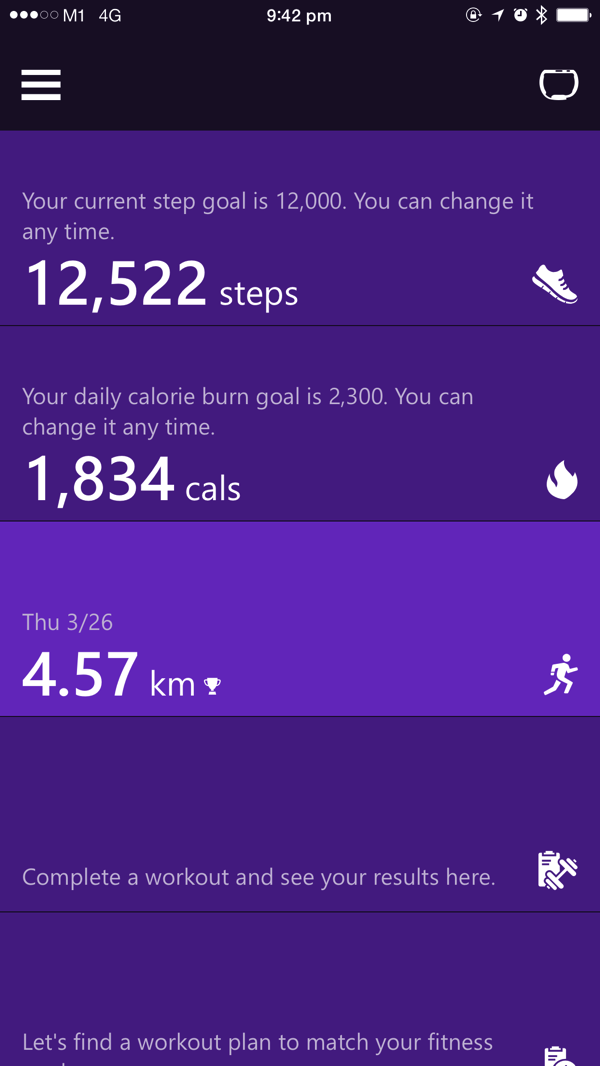 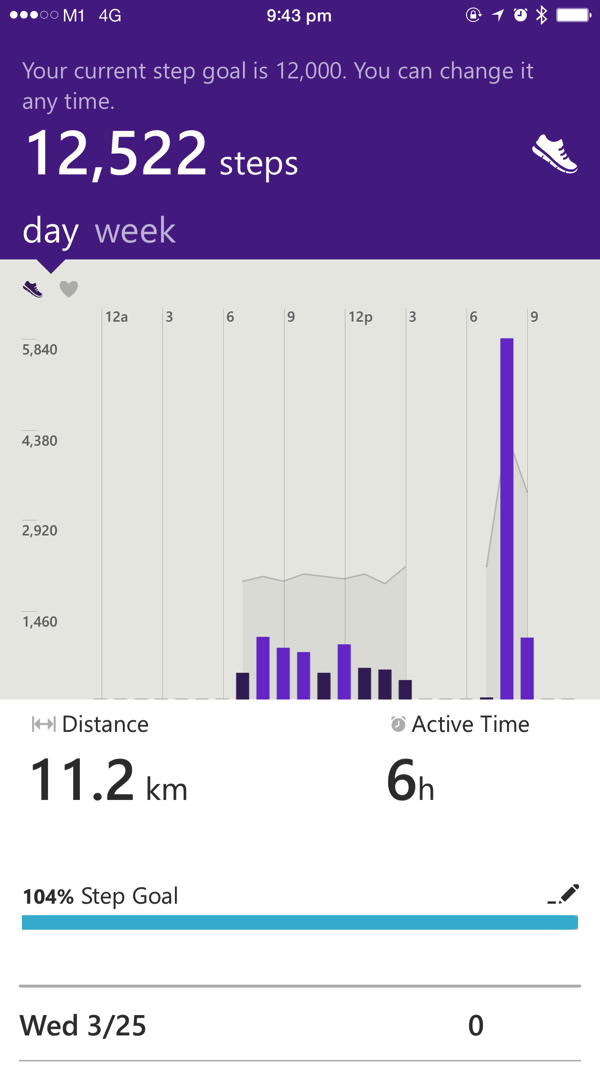 For now, the Microsoft Health app is able to export data to the following 3rd Party services: 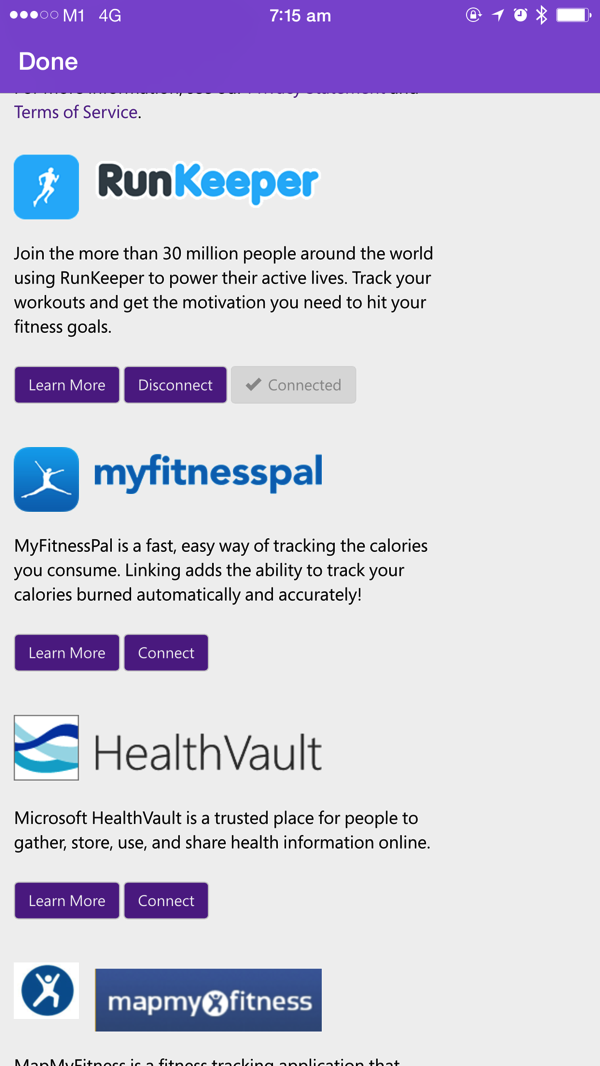 I have tried to record a run event using the Microsoft Band and linked it to my Runkeeper. Personally, the exporting feature is poorly designed. Only selected information is automatically ported to Runkeeper (as a running note) rather than as a full Running event (with routes & splits)

Below is a better recording done via TomTom Cardio watch: 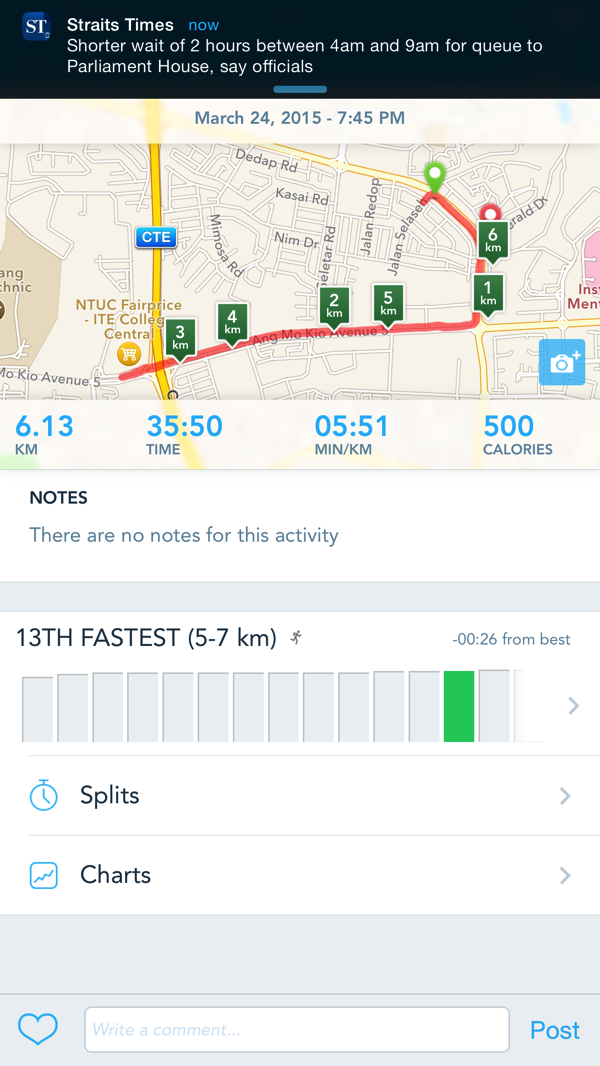 To my surprise, the Microsoft Band app is still not compatible with Apple Health app. Until that is developed, the data will not be available to be exported to Apple Health. 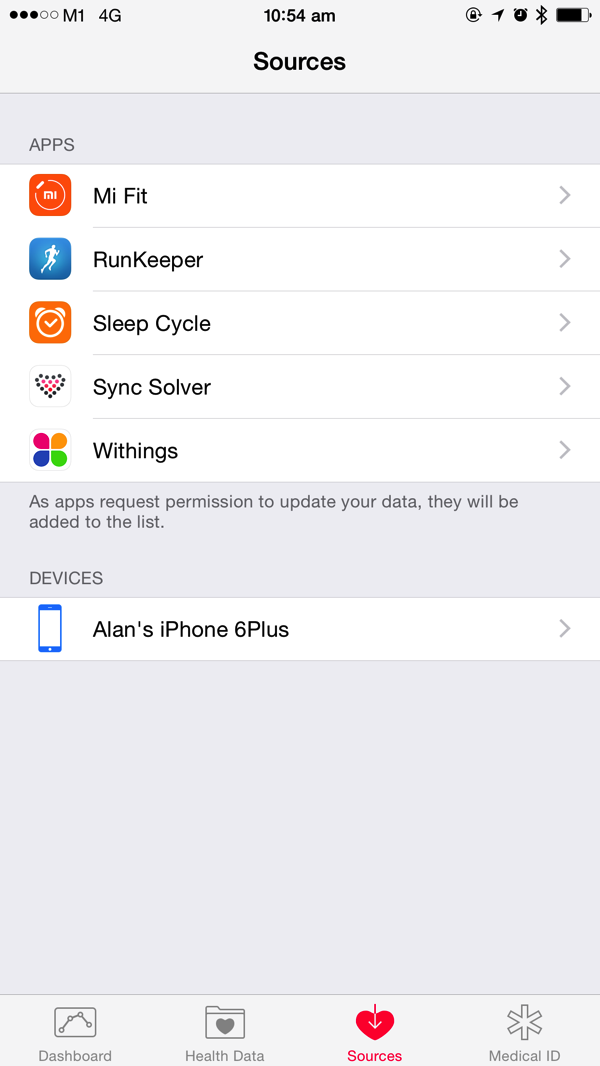 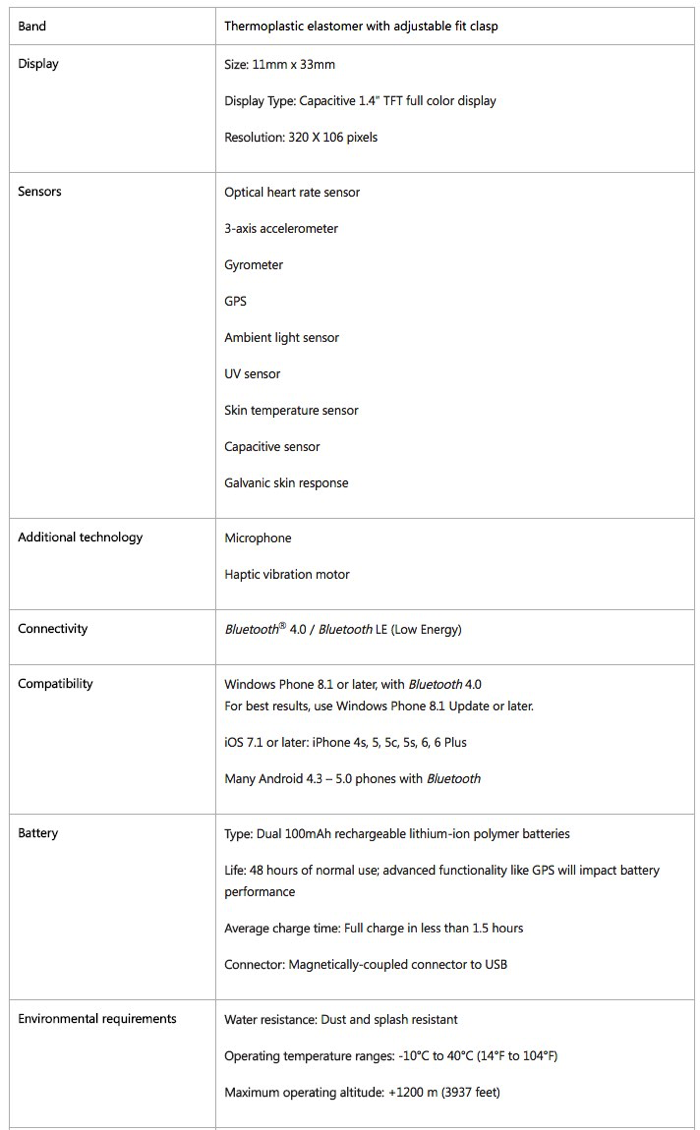 – Costly (~USD 199)
– Rigid & long display panel
– Poor app integration with 3rd party services
– Poor battery life (full charge can only last max 1 day)
These are some of the wearables which I have and tried:

For now, I will be early awaiting for Apple to release her own version of wearables. Will the Apple Watch be the next leader or just another follower? At least for now, fitness needs out weights any fashion statements to be made. 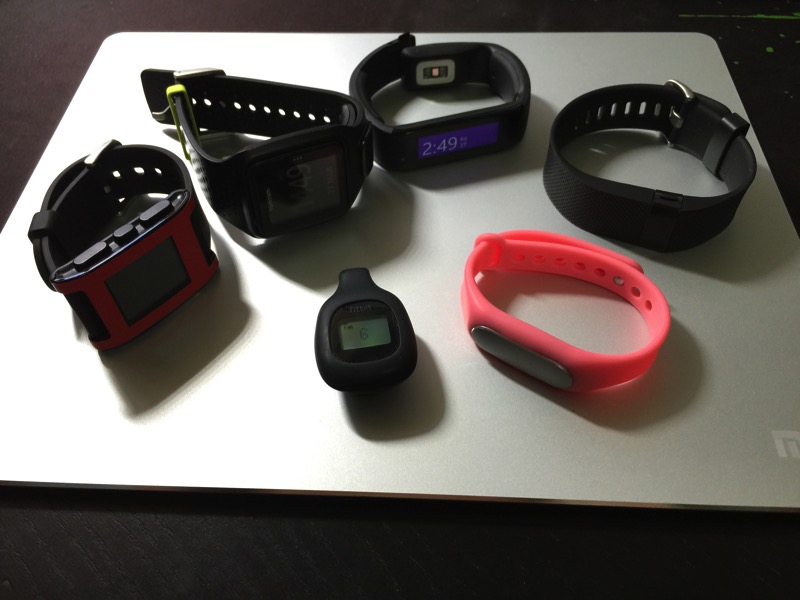 ← Tribute to Mr. Lee Kuan Yew – presence no more but his ideals and values shall Prevail
Which smartphone has the best LTE bands compatibility for business travellers? A useful lookup table for LTE frequency bands says it all | IT Guides →