We last watched the teaser video on the all-new Furby by Hasbro and  my kid was captivated on the cute interactivity. On the very day of launch, we managed to get the purple Furby and were pleasantly surprised that it also came with complimentary Furby headphone jack stopper. 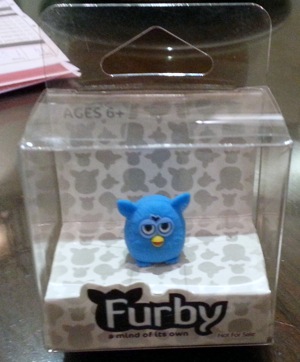 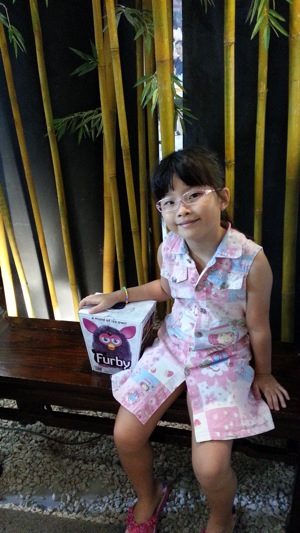 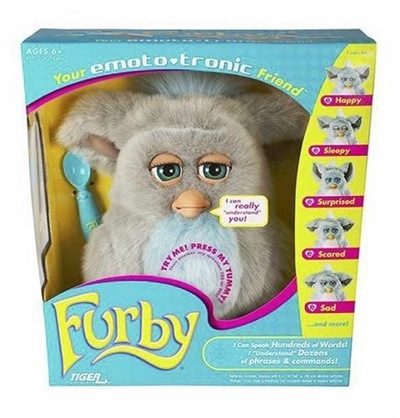 After 14 years and a lengthy hibernation, Hasbro is reviving one of its most famous toys for this fall, with new technology and an app connection. This Furby is more huggable, with soft fur that hides touch sensors, and more expressive, with rubbery ears that twitch and a pair of backlit LCD eyes with mechanical eyelids that blink, look around or respond to the sounds picked up by Furby’s onboard microphone. 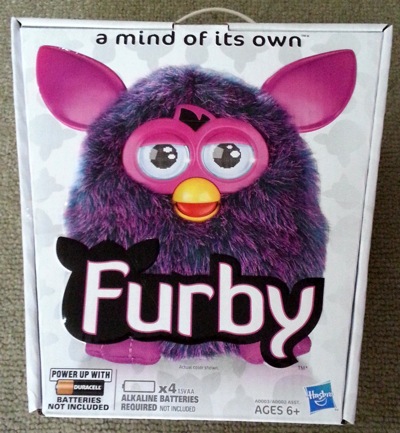 During the apparent ’98 Furby phenomena, the key reason the five-inch robot is both beloved by children and despised by quiet-seeking adults is that it learns and changes, like a real child, talking the entire time. The more you pull Furby’s tail or hang him upside down, the quicker the next stage might come.

Thus, without doubt, The main thing the new Furby has going for it is that it’s packed with sensors. It has one on the top of its head, one in its stomach, mouth, back and tail, as well as a tilt sensor. These sensors all work together to help your Furby develop personality. 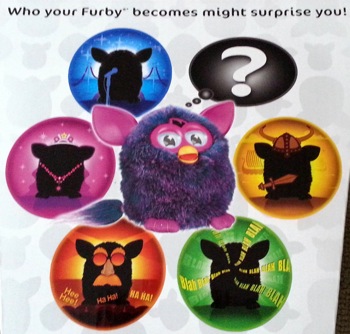 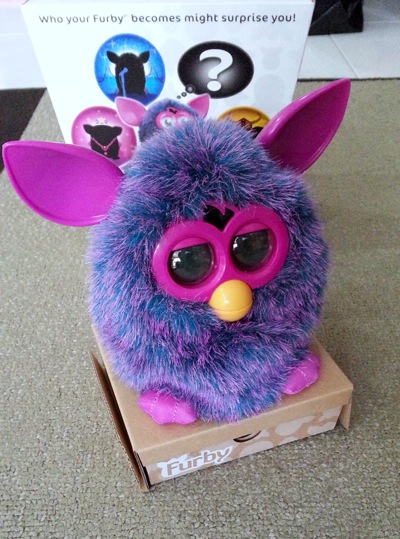 Furby also has its own app. The free iOS app lets you feed Furby different types of food by flicking it over from a smartphone or tablet to it (see video below for a demo) and the furry robot will respond with its LCD eyes and voice. In addition to flicking food to Furby — like goats, Furbies eat everything, even underwear — you can also combine foods to make, say, a sandwich.

Two other features in the app include a translator that translates English to Furbish and vice versa, and a Furbish (Furby language) dictionary. Furby will even respond to music and dance according to the music rhythm! 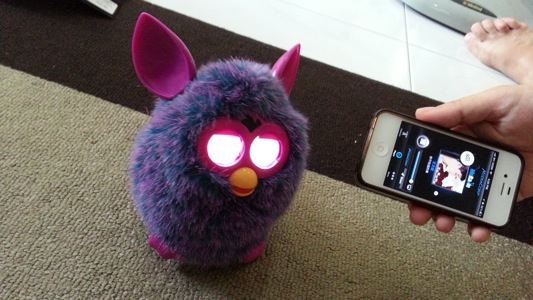 Even when Furby ‘sleeps’, it sure looks peaceful with its cute posture. ← The new iPhone 5 – good hardware refresh but not a strong compelling reason to switch out of S3 I IT Products Review
Which SG credit cards will provide you the fastest way to earn the KrisFlyer miles? | Products Review →