On Tuesday 6th September, Swiss National Bank (SNB) signals that it would peg EUR/CHF exchange rate to a minimum rate of CHF 1.20. 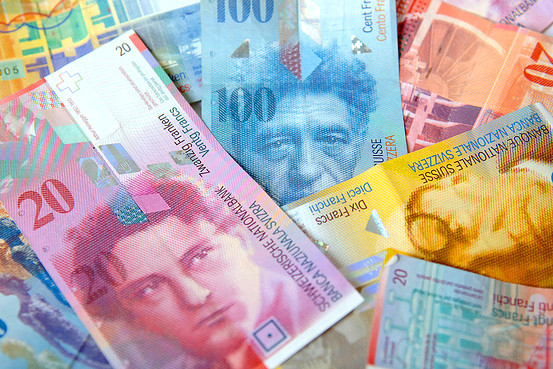 The franc, which has surged by about 20 percent as investors seek refuge from the eurozone crisis, dropped nearly 10.0 percent after the central bank issued its intent.

The franc is soaring largely because it is considered a safe harbor by investors. At a time when the euro zone is grappling with a consuming debt crisis and parts of the Middle East are in turmoil, investors want to park their cash in low-risk locales, and Switzerland is considered one such destination.

Swiss exports will probably still suffer as the franc remains strong in historical terms. The strength of the Swiss franc has made the country’s exports much more expensive and harmed its tourism business, and also encouraged some Swiss residents to cross the border into Germany to do their shopping.

Overvaluation of the franc could tip the country into recession and deflation. It is also causing losses for millions of east European homeowners with mortgages in francs, as well as for European banks holding franc-linked derivatives contracts.

EUR/CHF has been strengthening since 2008 after the debt crisis and the lowest reached was 1.045 against the 4 year highs of 1.68. It is no surprise to see SNB is seriously cautions of such rise before domestic business growth faces more significant impacts.

The question is where will the funds seek for the next safe haven? Likelihood gold will see more upwards pressure in the shorter term.

Written by Alan Soon
General disclaimer : The author has based this post on information obtained from sources which he believes to be reliable. He does not make any representation or warranty nor accept any responsibility or liability as to its accuracy, completeness or correctness. This post is not intended to be an offer, or the solicitation of any offer, to buy or sell the securities referred to herein.