The major changes in the electoral divisions are as follows:

The new Singapore Electoral Districts are illustrated below: 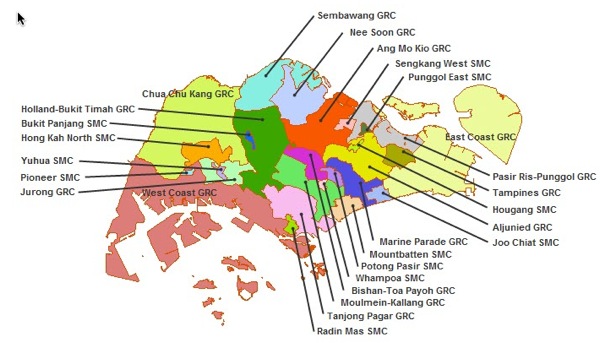 Results of the last Singapore Election 2006: