The Singapore Election has never been so interesting with PAP revealing some of their youngest team of next generation leaders with some very senior members exiting the political scene. The liberalization of using the social media as an added avenue of communication amongst others during this election and voting processes also create increased awareness and participation from the younger generation of Singaporeans. Personally, I would assess that it is one of the most important election to pay good attention and we should be able to see some interesting wrestles especially in the various enlarged GRCs.

Of closer interest at heart will be the candidates for Punggol East SMC which I am currently residing in. 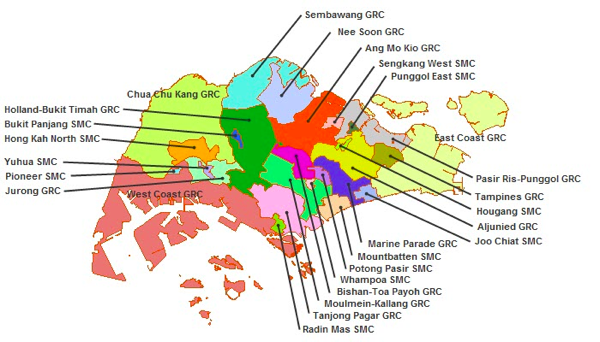 Some quick summary of the candidates contesting Punggol East SMC in this Singapore Election 2011:

Michael Palmer, 42, a Partner at Harry Elias Partnership LLP, first joined the law firm in 1995, and practices in the areas of civil and commercial litigation and sports law. He was elected as a Member of Parliament for the Pasir Ris – Punggol GRC in 2006.

After completing his national service, Michael read law at University College London, University of London and was called to the Bar in England and Wales in 1994 and admitted as an Advocate and Solicitor of the Supreme Court of Singapore in March of 1995. Since retuning from his studies overseas, he has been contributing actively to the community he grew up in, serving as honorary legal adviser to both his alma mater, St. Andrew’s School, and to the Eurasian Association. He sits on the Board of various not-for-profit organisations as well, including the Home Team Board of Governors, the Halogen Foundation, Sata CommHealth and the Singapore Olympic Foundation.

Lilian is currently a Trainer with a private institution. She has been actively involved in both industrial and financial sales for the past 6 years. She graduated from Ngee Ann Polytechnic in 1999 where she majored in Business Studies and went on to pursue a Bachelor’s Degree with Curtin University of Technology in Australia majoring in Sales & Marketing. From her years of sales experience, she had gained good communication, interpersonal and persuasive skills.She was both Polling and Counting Agent for the party during GE 2006, subsequently she joined as a member in June that year. In August 2006, was elected into the WPYW as an Executive Council.In her first 25 years, she was staying in the Marine Parade GRC, and having shifted to the Ang Mo Kio GRC 3 years ago, she finally got a chance to cast her first vote. She helped out as a volunteer during the General Elections 2006. During the process of contributing her service, she realized the lack of information and wrong perception the public have with regards to the opposition party in Singapore. She believes that these need to be corrected and she also wants to create awareness and generate greater political interest among the women in Singapore.

Desmond came from a poor family and had to support himself from a tender age. Even when he went to school, he struggled. But despite it all, he worked hard to rise through the ranks, from an air-con mechanic to his current position as Principal Engineer at a top telco company.

He even completed his Masters in Engineering Management in the process. Even while he was working hard to improve his personal life, his passion for the people never left him.